The construction business is one of the largest industries in the world, despite its tremendous potential; many firms are struggling due to a shortage of skilled workers, weak productivity growth, and new data showing that the industry generates immense waste, both in terms of human productivity and physical materials. Today’s proponents of technology have pointed to a lack of automation and adoption of technology as the primary reasons for the industry’s poor performance – construction is one of the least digitized industries worldwide, and has resultantly failed to significantly increase worker productivity in decades. 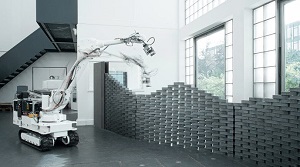 The effective use of automation is one of the greatest opportunities, as well as one of the greatest challenges, facing the construction industry. The major components of an automation strategy, as considered in this paper, are computer-aided engineering and design (CAE/CAD), computerized data bases, feedback of as-built data, automated materials handling, artificial intelligence, and robotics.